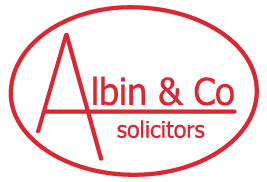 Andrea heads up the Prison Law team at Albin & Co.

Andrea studied law and economics at the LSE, graduating in 1992 before starting work with then leading London criminal law firm, Saunders & Co. She gained a thorough grounding and expertise in criminal matters from traditional to serious crime as well as a range of civil / public law and regulatory matters over a period of 17 years with the firm.

On leaving the Serious Fraud Department at Saunders Solicitors, which by then had then became a city firm, to move to the countryside, Andrea became Head of Human Rights and Prison Law at BLM Solicitors before undertaking trial advocacy in the West and East Midlands. In 2011, she joined Lawtons Solicitors as Head of Prison Law as well as working in the Proceeds of Crime Department on Confiscation cases. She joined Albin and Co in March 2016 where she supervises the Prison Law Department and works as a solicitor advocate with particular expertise in Parole Hearings, Recalls and Disciplinary prison adjudications.

Andrea acted in the referral by the CCRC of the defendants in the “Torso” murders case to the Court of Appeal where all parties were cleared of the convictions which had stood for over two decades. She worked on one of the earlier murder cases of Robert Black, the appeal of Tony Martin, the successful defence of the one of the defendants in the Israeli Embassy and Balfour House bombings, the defence of the Wickes SFO failed prosecution and other high profile criminal cases.

Andrea has represented many Lifer and IPP prisoners in parole and other forums and has over 20 years of experience in criminal defence work.

This site uses cookies: Find out more.
Scroll to top